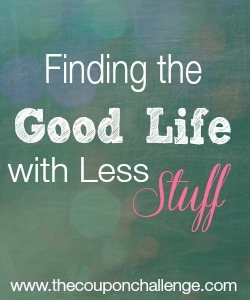 Do you ever feel like you’re drowning in stuff? Everywhere you turn there are toys, knickknacks, picture frames, throw pillows, and just so much stuff?

I used to think of myself as a minimalist. Partly because I didn’t have the money to buy anything and partly because I’d grown up in a home without much clutter.

However, after having kids and learning the fine art of bargain hunting – we started to accumulate a LOT of stuff.

In my defense, a lot of it came from family.  Everyone showered the kids with presents for birthdays, Christmas or just because it was on sale.

Now, I was guilty too.  I wanted my kids to have all the latest toys, and I prided myself on giving my children all that money could buy – just at a fraction of the retail cost.  The problem was that it was just more stuff coming into the house.  It was pretty to look at and made my feel accomplished that the kids had a massive and overstuffed playroom. 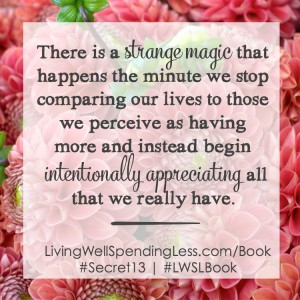 I think that was also a contributing factor of my need for stuff.  I wanted other people to see all my stuff.  I wanted to show off my nice house, filled with nice stuff and toys galore.  I wanted that feeling of satisfaction when others saw all the stuff I had. 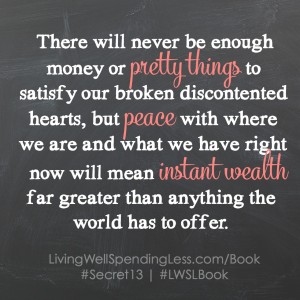 A few years ago, I finally had enough.  Enough of the stuff and enough of feeling the need to impress people with all our stuff.

I began purging.  I started small.  There was a lot of money in all the stuff!

I began going through closets and getting rid of things we didn’t use; the attic where stuff that was never used went to die,  knickknacks that didn’t serve a purpose, toys the kids didn’t play with and clothes that didn’t fit.  It was hard at first and slow going.  It literally took me YEARS to be comfortable enough to let all the stuff go.

But once I started, it was so liberating that I couldn’t stop.  The funny things was, there was still so much stuff!  I finally realized that we had to stop bringing stuff in if I wanted to get a handle on our overabundance.

I finally stopped buying things just because they were on sale or because my kids wanted it.  I convinced my mother-in-law to not buy as much stuff and focus on items the kids could use such as clothes and shoes. 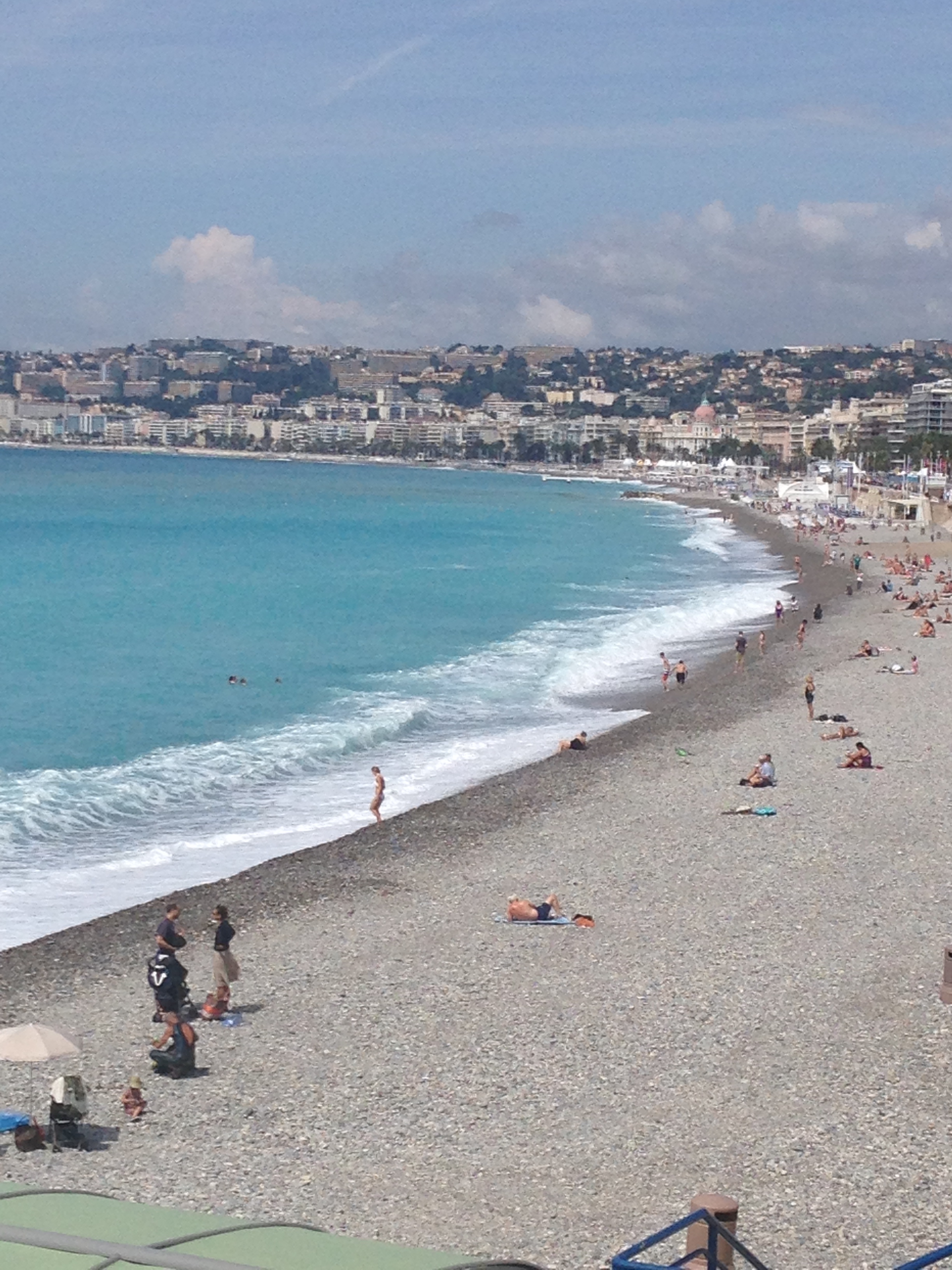 Last year, was a total game changer.  We decided to move to France.  This was more than a vacation.  It was a total life changing decision that couldn’t be done without selling everything.

We decided to keep one storage unit with stuff we loved or that had sentimental value.  Everything else had to go – including the house.

Over the summer I made my first major sweep.  We went though the attic, the eves and every single closet and drawer in the house and garage.  We had a major yard sale – how did we still have this much stuff?  If it didn’t sell, it was donated.

After we had a contract on the house, it was time for an epic purge. As we packed up the house, we let go of even more stuff.  Seriously, how can 4 people have this much stuff?!

As we packed boxes, I kept telling myself that I couldn’t keep it if it didn’t mean something to me or my family.  As I progressed through the house, I got rid of soooo much stuff.  We had another gigantic and final yard sale then donated EVERYTHING that didn’t sell.

When I say we sold almost everything, that included everything but our favorite memorabilia, some items that I really didn’t want to turn around and buy again in a year such as my newer pots and pans, LuLu’s bedroom set,  our brand-new washer and dryer, and my bedroom set – minus the mattress.  Everything else went.

We moved into our last home 5 years ago and had to store items for a few months.  We had 2 storage units at that time – a 10×10 and a 10×15 that didn’t even include all the garage and shed stuff.  They were both packed to the brim. 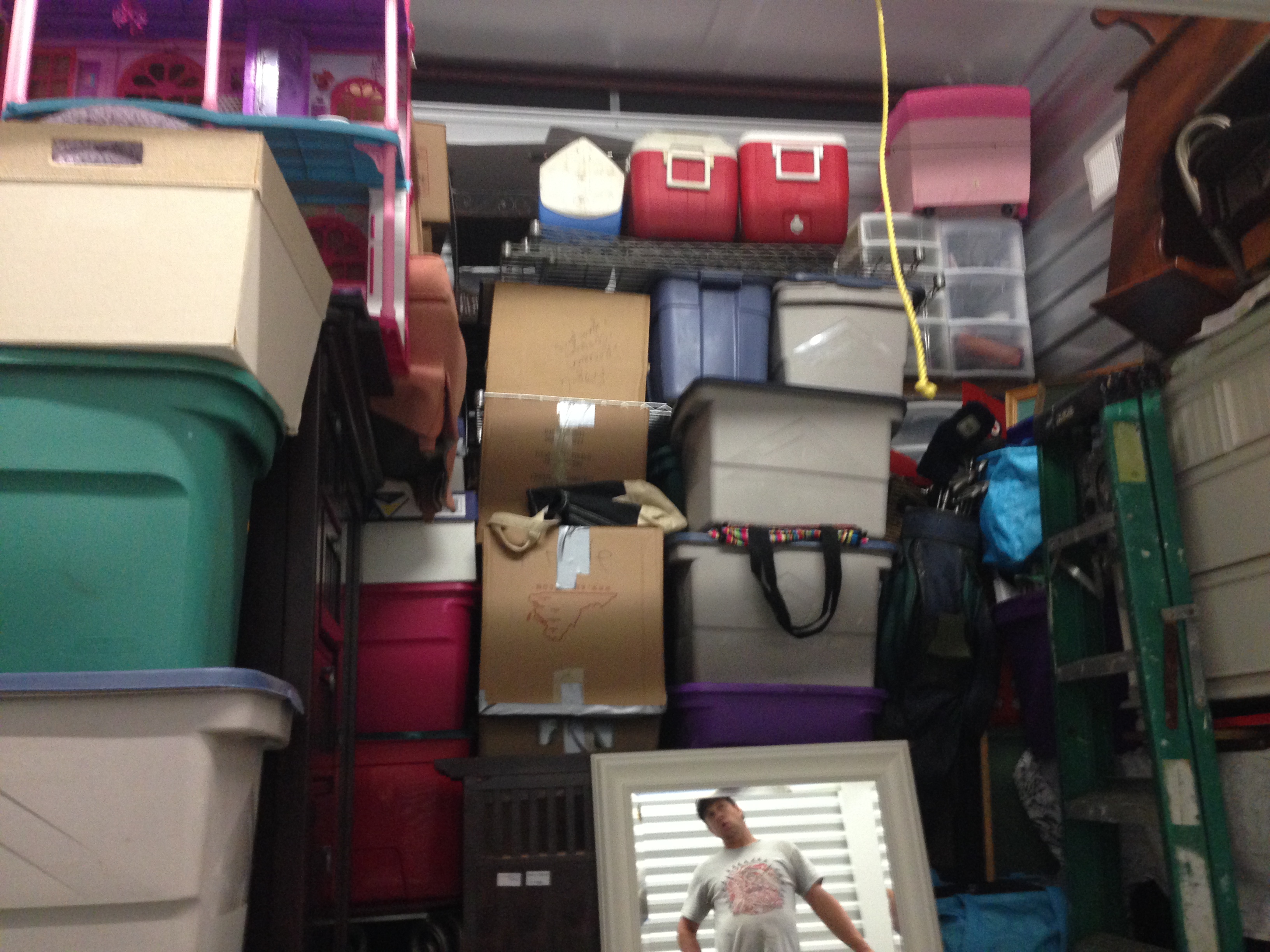 We now have our lives in a 10×10 storage unit.  Interestingly enough, it’s packed FULL.  I’m sure we will do another purge once we return home to the states.  We don’t have much stuff right now and it feels great.  I don’t miss any of it and the kids don’t miss all their toys.

As Ruth says in her new book Living Well Spending Less: 12 Secrets of the Good Life, “less stuff equals more joy.”  I wholeheartedly agree with her statement.  My family has found more joy not having so much clutter and unnecessary stuff in our lives.  We have more time to be together as a family as a result of not having to maintain and clean all that stuff.  It’s also easier to just breathe and relax when you don’t feel the oppression of stuff (and the money you spent on it) weighing on you each day. 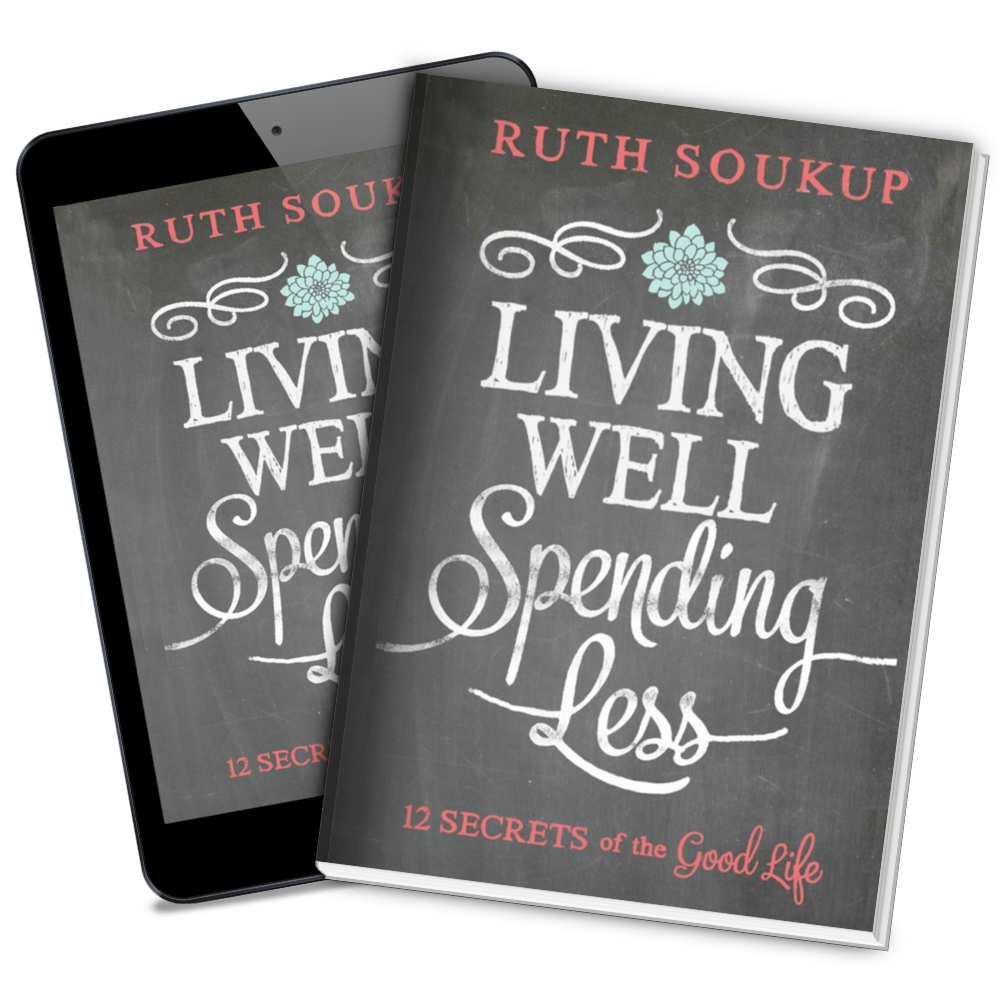 More about the book:

Living Well Spending Less: 12 Secrets of the Good Life is written for every woman who currently feels overwhelmed or stressed out with a life—and budget—that seems out-of-control. It speaks to the mom who is struggling to balance all the demands of her day-to-day life with the pressure to keep up with the all her friends. It is a practical guide for those of us who long to pull ourselves together but sometimes feel unsure of how to manage all the pieces of a chaotic life. It is the step-by-step guide to creating a life of meaning and joy we’ve all been waiting for.

Disclosure:  I am part of Ruth’s launch team and received an advance copy of the book to review.  All opinions are 100% my own.